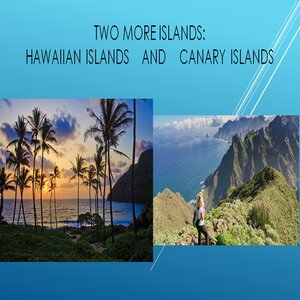 In this presentation we’ll be visiting two sets of Islands—the Hawaiian Islands and the Canary Islands.  We’ll be visiting Maui and the Big Island in Hawaii and Tenerife and La Palma in the Canaries.  In both locations we’ll go up into the mountains to see a number of astronomical observatories, including the largest telescopes in the World.  We’ll also engage in other activities such as visiting an active volcano, swimming in tropical waters, taking a helicopter flight, and diving in a submarine.  And, in Tenerife we’ll attend a celebration of the 50th anniversary of mankind’s first orbital flight around the World.

Jerry Dunifer is a Professor Emeritus at Wayne State University. He was a member of the faculty in the Department of Physics & Astronomy for 35 years before retirement. Since retirement, one of Jerry’s hobbies has been visiting a number of the significant and historic astronomy observatories around the World. He has visited dozens of different sites, traveling as far as the geographic South Pole and the geographic North Pole and many places in between.

Over 200 people have tuned in to his Journies with Jerry in 2020. See recordings of previous shows here.