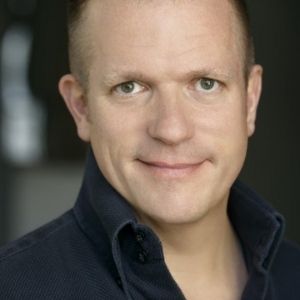 The Apple Discussion Series is inspired by The Apple Award, funded by the Nederlander family and named for the family matriarch, Sarah Applebaum Nederlander. This evolution of the Apple Award program will feature online experiences where audiences will hear from actors, designers, managers, producers, and more from the American theatre. Past Apple Award recipients include: Elaine Stritch, Neil Simon, Jeffrey Seller, Carol Channing, Mandy Patinkin, Patti Lupone, and Phylicia Rashad.

This season, we are pleased to be featuring 8 guests, with the possibility of more being added during the Winter 2021 semester. These events are open to the public, free of charge, and will include a moderated discussion and a Q&A with the guest.

Join us on Wednesday, February 3 from 5-6pm for a live conversation with Set and Costume Designer, Alexander Dodge.

Alexander Dodge is an award-winning international set and costume designer for musicals, plays, opera and dance. He has designed productions in New York, Chicago, Los Angeles, London and Berlin. Dodge is recently represented on Broadway with the smash hit musical, Anastasia directed by Darko Tresnjak. On Broadway he also designed the hit musical A Gentleman’s Guide to Love and Murder for which he received a Drama Desk Nomination, an Outer Critics Circle Nomination, and a Tony Award Nomination. Other Broadway credits include: Present Laughter (Tony Award Nomination) directed by Nicholas Martin, Old Acquaintance, Butley, and Hedda Gabler.