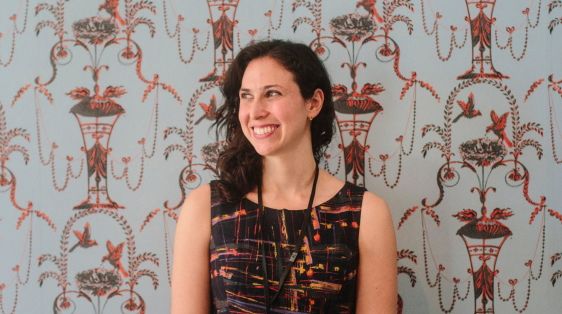 Co-sponsored by The Freer House, Merrill Palmer Skillman Institute, Wayne State University and the Associates of the American Wing, Detroit Institute of Arts

FLYER
Dr. Diana Greenwold will trace the room’s transatlantic voyage from London to America focusing on the lesser known but key role that Detroit collector Charles Lang Freer played in saving and exhibiting the Peacock Room, first in his Detroit home from 1904-1919, and ultimately as the centerpiece of his museum on the National Mall in Washington D.C..

There will be a Q&A with Dr. Greenwold following her lecture.

It is considered to be one of the world’s greatest works of interior design, became famous soon after it was created, and its history encompasses London, Detroit and Washington, D.C. “The Peacock Room is one of the masterworks of late 19th century art and design,” says Diana Greenwold, Lunder Curator of American Art, Freer Gallery of Art, Smithsonian. “It’s a stunning reminder of the genius of artist, James McNeill Whistler, as well as telling important stories about art, patrons, and the art market.” Designed originally in 1876 for a home in London, the room was saved and preserved in 1904 by Charles Lang Freer, who purchased and shipped it to Detroit to be installed in a new addition to his Ferry Avenue home. There he adorned the room with a beautiful installation of his extraordinary Asian and Islamic ceramics. Upon Freer’s death in 1919, the room, together with the rest of his collection, was moved to the newly constructed Freer Gallery of Art on the National Mall in Washington, D.C.. The Peacock Room and Freer’s collection of Asian and American art is truly a Detroiter’s gift to the nation.

Those familiar with James McNeill Whistler’s famed masterpiece of interior design, Harmony in Blue and Gold: The Peacock Room, are likely to conjure the space’s lavishly painted blue, green, and gold surfaces that served as a dramatic backdrop for display of the collection of blue and white Chinese porcelain belonging to Frederick Leyland, original owner of the room in London. Freer, the subsequent owner of the Peacock Room, displayed it quite differently at his home on Ferry Avenue.

This talk will focus on the current exhibition at the Freer Gallery of Art, NMAA, which replicates the Detroit era of the Peacock Room with an extraordinary display of over 250 ceramics from across Asia and the Middle East that Freer collected and exhibited in the room. The talk will also elaborate on the close friendship between Freer and Mary Chase Perry Stratton of Pewabic Pottery, one of many local visitors who gleaned vital insights about Asian ceramics from her time spent in this transformative space.

ABOUT THE SPEAKER
Diana Greenwold, PhD, Lunder Curator of American Art Freer Gallery of Art, Smithsonian’s National Museum of Asian Art (NMAA), specializes in late-nineteenth and early-twentieth century American fine and decorative arts. She is interested in stories of transnational exchange and the ways objects carry and transform culture. From 2014 to 2021, Diana served in various curatorial positions, ultimately as curator of American Art, at the Portland Museum of Art in Portland, Maine. There, she oversaw the museum’s collection of over 11,000 American paintings, sculptures, and decorative arts.

Her recent exhibitions include Mythmakers: the Art of Winslow Homer and Frederic Remington (2020) and In the Vanguard: Haystack Mountain School of Crafts, 1950-69 (2018). At the PMA, Diana Greenwold also spearheaded the multi-stage reinterpretation of the Winslow Homer Studio. Diana Greenwold received her PhD in the History of Art from the University of California, Berkeley, where her dissertation focused on immigrant craft workshops in New York and Boston settlement houses. 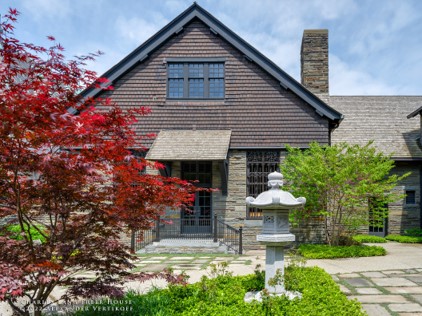 FREER HOUSE
Built by industrialist and art collector, Charles Lang Freer, in 1892; the Freer House is a masterpiece of American shingle-style architecture and the birthplace of the Freer Gallery of Art (NMAA, Smithsonian) in Washington D.C. As an early champion of American, Asian, and Middle Eastern art, Freer’s legacy of multiculturalism is celebrated in the house’s mission and programming today. These bonds to our nation’s capitol and much of the world make the Freer House an ambassador of Detroit’s unique cultural heritage.

Thank you to the sponsors, members & supporters of the Freer House